World Book Day is a UNESCO-designated celebration of books and reading, observed in over 100 countries around the world. Founded 16 years ago, it is a fantastic vehicle that encourages children and young people to foster a lifetime love of reading by providing access to books through schools, libraries and book shops.

Last year the organization held a rather special event. ‘The Biggest Book Show On Earth’ webcast was hosted at the Queen Elizabeth Hall on the South Bank in London, with leading children’s authors and illustrators talking to an audience of children in situ, while also streaming live to thousands of children across the world. 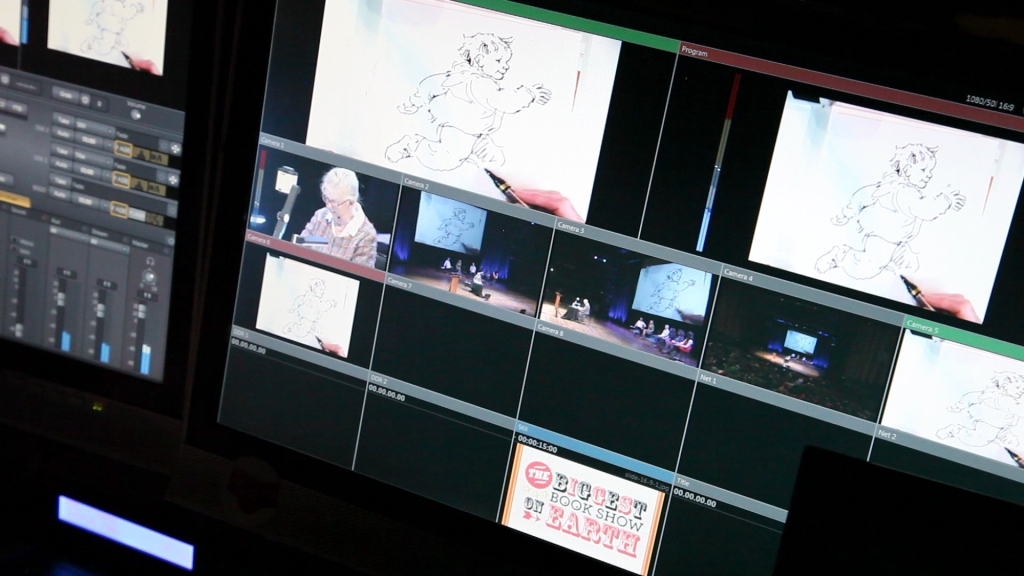 StreamUK, a specialist streaming and webcasting company, provided the streaming technology for this historic event. The set-up included three Sony PMW-500 broadcast cameras, plus a Visualiser overhead camera set up above an illustrator’s table to capture live drawings being done as an author told a story. These feeds and a separate audio feed were vision mixed on StreamUK’s TriCaster XD850 live production system, and then sent to their on-site encoders where it was prepared and delivered to the web.

Mike Grimley, Production Manager, StreamUK, led the installation and oversaw the webcast. “It was a fairly straightforward set-up that only took around two hours – it doesn’t take long to set up a production suite with TriCaster as it’s all plug and play,” he says. 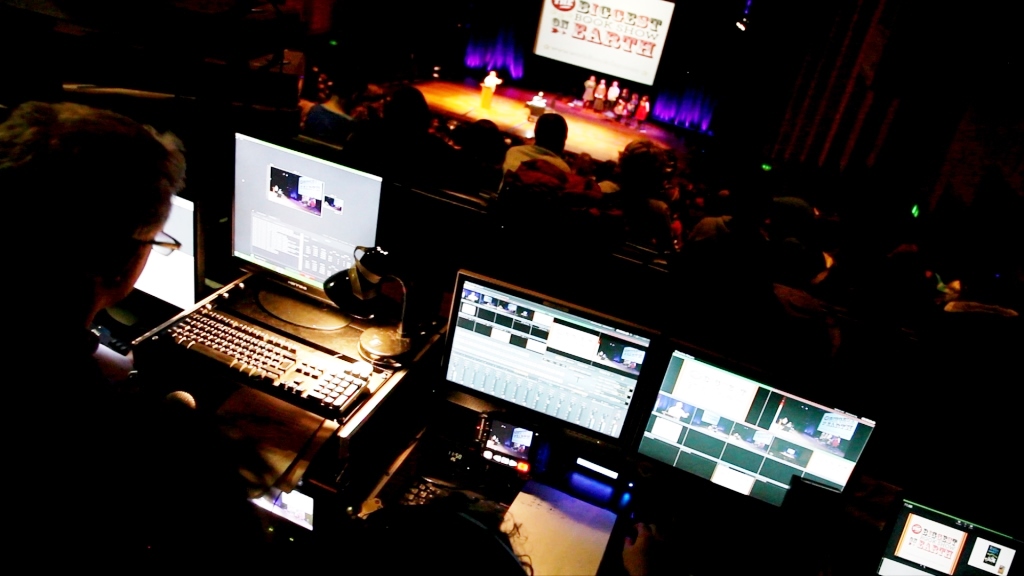 The recording of the event itself was similarly simple. “There was no direction as such, we just followed what was going on and captured some fantastic footage of these kids getting wildly excited by their favorite authors,” Mike recalls. Children watching in their classrooms, sports halls and gymnasiums could also get involved by asking live questions via the website – which proved to be a hugely popular part of the event.

“We’re so delighted to have been involved,” says Ben Darby, Communications Manager, Stream UK. “Last year’s World Book Day was the biggest European children’s webcast as well as one of the most watched live streaming events in the world aimed at children - it reached an estimated 750,000 nursery and primary school children globally.”

StreamUK is currently planning this year’s event which takes place on 7th March 2013. While the set-up is largely the same, it will also include an additional feed to a StreamUK truck that will then be beamed to 37 cinemas across the UK.

StreamUK is well versed in sending stories around the world. The 12 year old company has a diverse client list for its streaming, webcasting and ingest services, developing its own products such as the Stream MP online video platform to host, manage and distribute multimedia content over the internet. It works with corporate clients including Orange and Barclaycard to broadcast internal messaging internationally - a much more cost effective and eco-friendly method of communication than flying staff around the world. Stream MP is also used by content owners in the sports market that want to broadcast internationally online, such as Liverpool FC and The British Association of Mixed Martial Arts that have many followers in Asia.

The company first purchased a TriCaster Pro around six years ago in response to a new client’s production requirements. “We were asked to stream the Red Bull Bedroom Jam – an online competition that saw young bands performing in their bedrooms for a chance to win a Red Bull recording contract,” explains Ben. “The show went live every week from a different UK location. We needed a live production system that was portable and easy to set up, and that offered excellent graphics together with the ability to stream up to five cameras live. The TriCaster Pro was ideal when we started the show; we then upgraded to a Tricaster 850 in the 2010 season which gave us more options and increased our capabilities.”

StreamUK media platform statistics show that for each Red Bull Bedroom Jam (RBBJ) show, the content was watched by thousands of viewers, with the show’s finale totaling around one terabyte of streaming data. 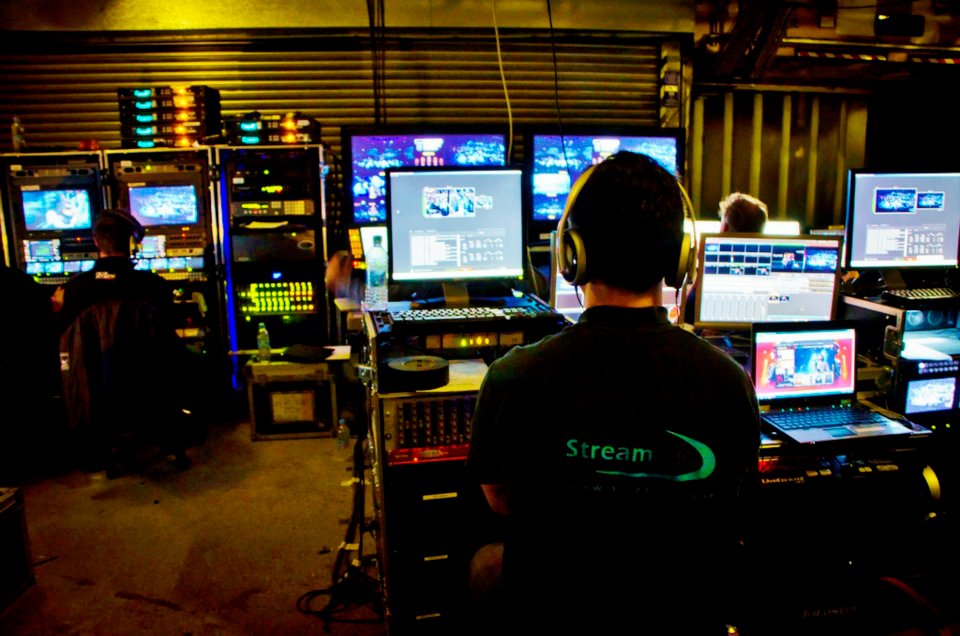 RBBJ relied heavily on social media and proved to be a big hit as fans and audiences all over the world voted to keep unsigned bands in the competition. The website also integrated a live chat function to encourage online viewers to engage with the bands and other fans online.

Mike Grimley adds: “The portability of the TriCaster 850 was a huge asset for this project and many others that we work on - it’s like taking an entire studio in a box to any production. We throw different types of camera or audio formats at it, and it can cope with anything. We particularly like the overlay graphics, the green-screening and having two DDR players – these features are really helpful.” 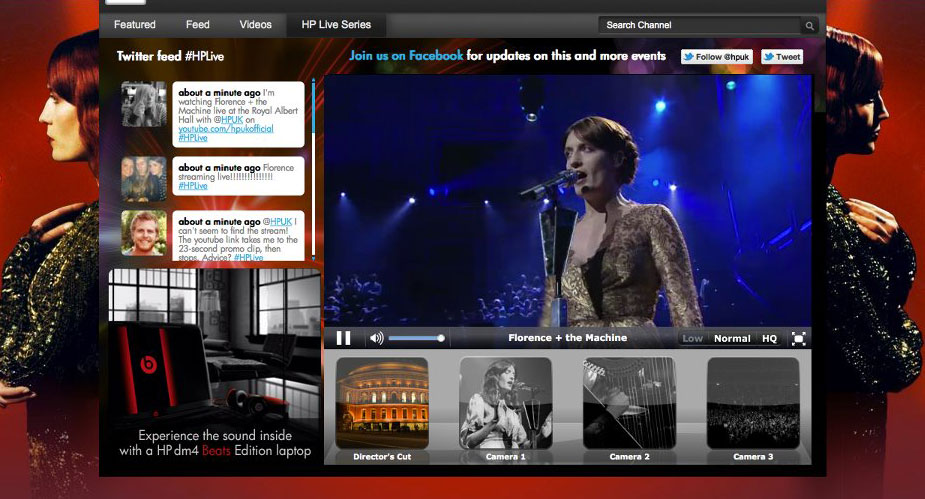 The combination of StreamUK’s own products and the TriCaster have proved unbeatable on many productions, and have enabled the company to work on many innovative projects. “We’ve worked for the band Florence + The Machine a few times, but the most recent was really exciting,” Ben recalls. “We shot the band’s Royal Albert Hall concert with four camera feeds to the TriCaster, and streamed all four feeds separately. The online audience watching on YouTube could then choose which camera to watch and even create their own ‘director’s cut’ of the gig.”

The market for webcasting is still relatively young, but StreamUK will testify to its rapid rate of growth and development. Ben lays out some statistics: “In 2010 we did 82 premium webcasts – we class ‘premium’ as those that require more than two cameras with some detailed production work. In 2012 that number had risen to 143, and we think we’ll reach 150 or more this year. As costs come down and technological capabilities increase it’s becoming a very popular and cost-effective way to communicate, and the creative possibilities of what you can do with the technology are still being explored. It’s exciting to see our communications evolving, and to play a part in that evolution.”

**Check out our white paper: How to Stream Like a Professional ** 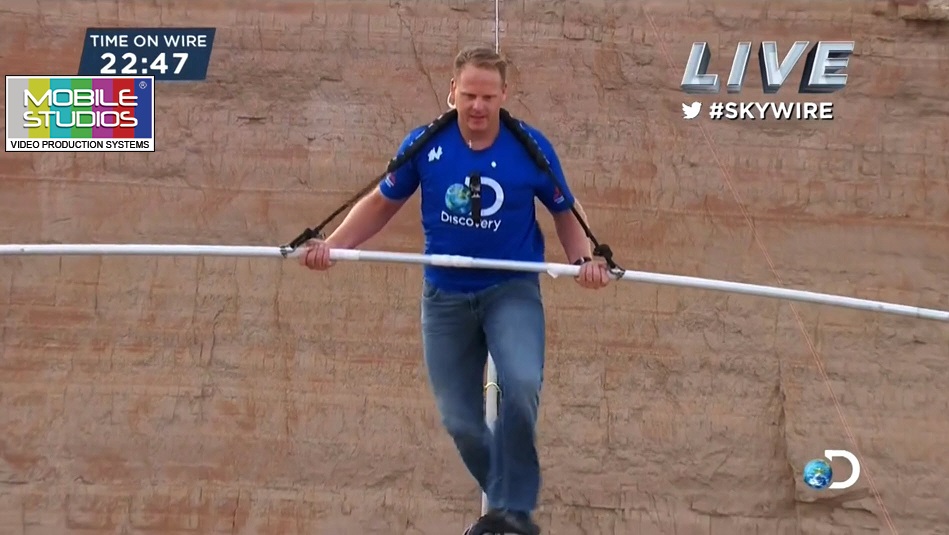