Meeting planners, video producers and trainers all have something in common. They have to figure out how to engage an audience with content that is produced cost-effectively.

A boring meeting or training session is actually worse than none at all, because the participants have wasted otherwise productive time that can lead to lower morale.

The quality and complexity of corporate training and meeting videos runs a wide gamut. At one end is a solo presenter, who may not even be a subject matter expert, walking through a PowerPoint typed in Comic Sans. At the other end of the spectrum is, well, Cirque du Soleil or Penn and Teller with showgirls. Where will your next meeting fall on the spectrum?

For video communications and training, one way to improve interest while limiting editing time is to shoot with multiple cameras. This allows for different sizes of images and different angles on the presenter. With multiple presenters, it allows for a presentation similar to what most people expect from national broadcast TV: a polished presentation with variety. 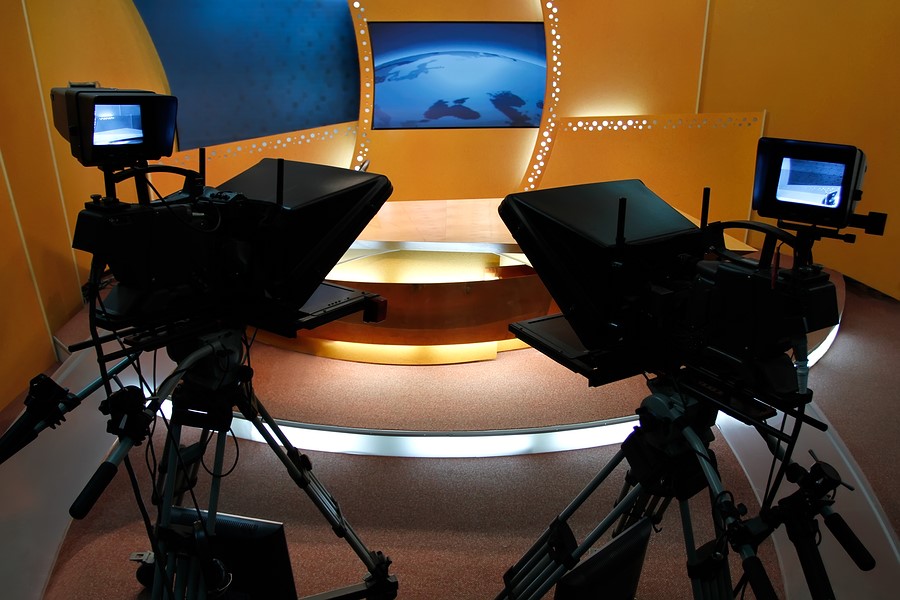 The other thing that turns an ordinary presentation into something valuable and engaging is not the technical delivery, but the content itself. With very few exceptions, having a one-man show is rarely engaging. People like interaction. We are social animals. Having two or more people engage in a conversation also engages an audience.

The benefits of having multiple presenters are not immediately apparent, but to experienced TV producers they are exploited almost constantly, though you might not be aware of why or how they’re doing it. The main issue is that experts – from a content perspective – are often not the greatest presenters and can either go off on horrible tangents or can become so submersed in the details of their expertise that the audience is unable to follow along. On the other hand, a good TV presenter is usually an expert at nothing and the audience never really feels they’re getting anything from the presenter that they couldn’t have gotten in some easier or more useful method. Hence the talk show. Hence the “anchor man.” One person – the host or anchor – controls the flow of the content and acts as a steward for the audience, wrangling the expert or experts, while the real content comes from the experts who provide what the audience really wants.

Without multiple cameras, this arrangement of presenter and experts is not engaging in the least. Either the audience is looking at two very small people having an intimate conversation from their vantage point halfway back in a large room, or you maybe have a single camera so that the two people are slightly larger, but the view never changes. Using multiple cameras, even if you are forced by budget to have them un-manned, allows the audience to see close ups of both people (or multiple people) and even if there are only two cameras, allows the other camera to change perspective when it is not “live” allowing for a variety of shots. Obviously the more cameras the better (at least three or four, especially if they’re unmanned.)

Even if you only have a single presenter, having multiple cameras allows for a variety of views of that presenter, from close-ups to wide shots and allows extreme close-ups on things like equipment demonstrations or product details.

Multi-camera also saves large amounts of post-production effort: and effort translates to MONEY. Post production can be more expensive than production. It can also be the cause for long delays because of the extended schedules that post-production require. Multi-camera production means that you can deliver your content immediately – even LIVE – without any additional cost, personnel, resources or deadline extensions. 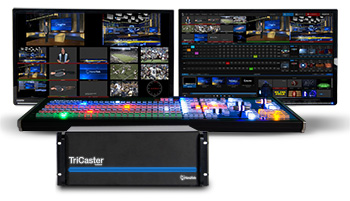 To produce multi-camera work without post production means the use of a switcher. Luckily the days when switchers cost hundreds of thousands of dollars are long past. Now, inexpensive and easy-to-use multi-camera switching solutions are available from a number of sources including NewTek.

NewTek understands the demands of corporate video departments and incorporates many tools into their products beyond simply switching multiple cameras. These additional tools include some the basics that enable high quality, network TV-style programming like integrated audio, creating and overlaying titles and graphics, special effects, live virtual sets, and playback of previously produced video pieces. NewTek has incorporated what used to be an entire room full of expensive video equipment into a single, low-cost box. All of this is available with high levels of automation and presets so that one person can essentially run the entire studio single-handedly while still delivering media-rich, engaging content. The output from the switcher can either be recorded for later use or streamed live to the web or company LAN.

These additional tools help improve training and company meeting videos in a number of critical ways. Primary among them is the ability to visually engage the audience. Instead of a single video camera and a single presenter in front of a projected PowerPoint presentation that can become difficult to see on the video camera, having a switcher with the capacity to include high quality graphics means that the presenter AND the presenter’s materials are displayed in the best possible light. No more awkward live zooms or camera moves in the middle of a presentation. You can show exactly what you want to your audience at any time. It also engages the audience because there’s a variety of visual changes – from different camera angles to crisp, full-screen graphics and additional media types like slide shows and videos.

NewTek has multiple customized solutions that are scaled for different production needs: from one-man shops creating a simple video blog to full on broadcast television production from remote locations. These solutions range in cost, complexity, size and capabilities. 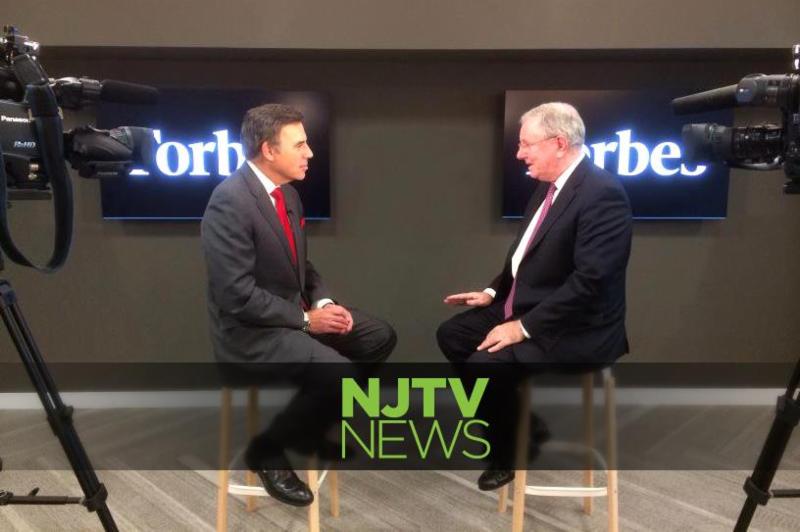 How To Videotape or Interview a C-level Executive (Part 2) 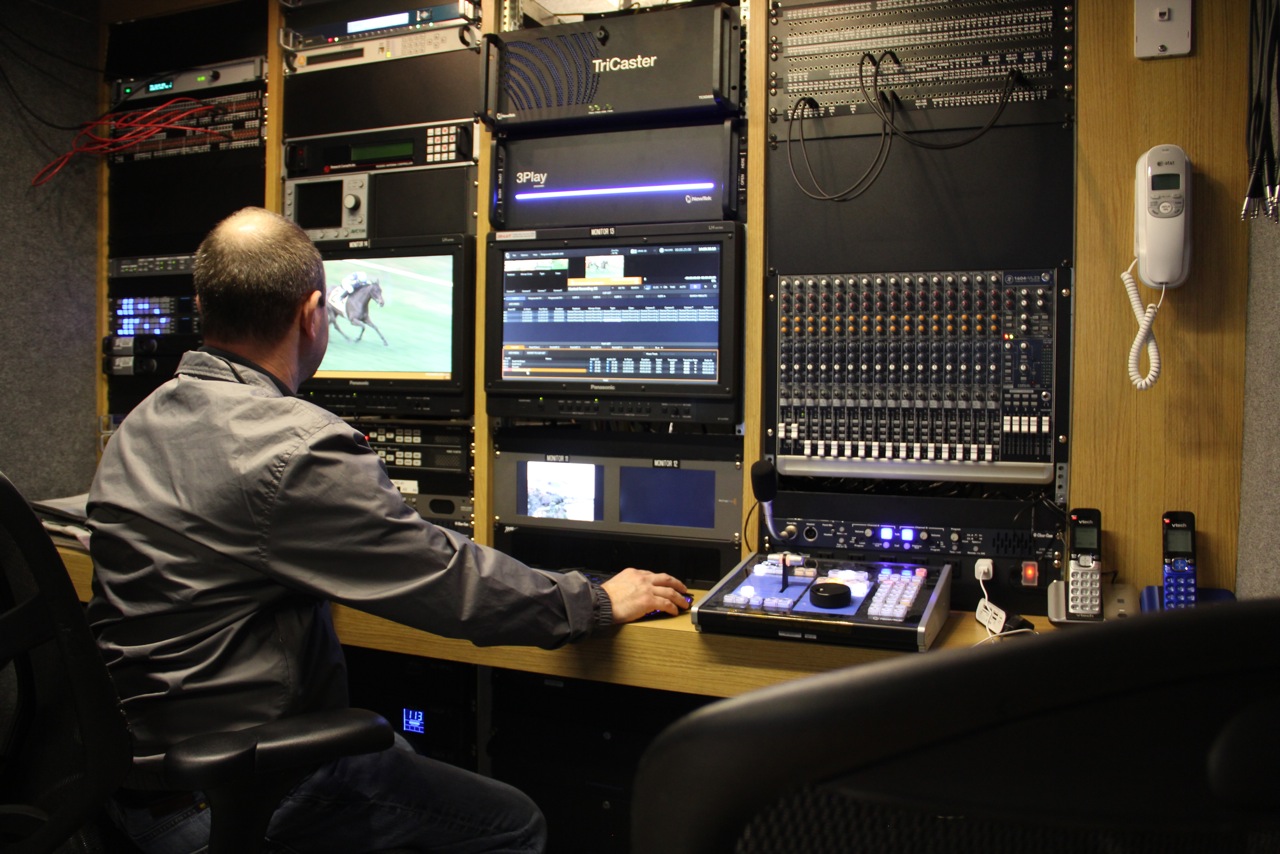