Jon Raidel is based in Los Angeles, CA working for the NFL Network as Manager of Technical Operations.

Now in his third year with the NFL, Jon was ultimately brought on board full-time because of his expert-level knowledge of NewTek’s TriCaster system. The facility purchased a TriCaster 8000 with the Advanced Edition upgrade and asked Jon to commission the switcher and train people to operate it.

Usually, there’s enough built-in live production horsepower for most productions, but some sports production opportunities demand more ins, outs, and graphics than are available on the standard TriCaster platform. Then Jon discovered how NewTek Connect Pro software supercharges a TriCaster 8000 to meet the needs of his most demanding directing work.

“Graphics sources in traditional broadcast video usually come from a Chyron or VIZRT as two HD-SDI key and fill signals, which would take up two inputs per graphics channel in the switcher. That’s where NewTek Connect Pro comes into play,” Jon said.

Although both Chyron and VizRT make graphics engines that can connect directly to a TriCaster through an Ethernet port using NDI (NewTek’s video over IP-enabling technology that is free to use) most graphics engines today use traditional SDI outputs only.

NewTek Connect Pro was introduced at NAB 2016 as part of a suite of new NDI software tools. Its primary function is to turn non-NDI-enabled video sources including SDI signals, into NDI sources which can be shared with any other NDI-enabled device on a network. Enabling NDI on a TriCaster requires TriCaster Advanced Edition, an optional software upgrade, although NewTek Connect Pro can be used in non-TriCaster workflows as well.

Jon regularly works with multiple channels of graphics. “One channel could be clock and score box graphics. Another channel contains player season or career stats. Sometimes a third channel is doing schedules, starting lineups, ticker, social media plugins and other things depending on crew size,” he said.

NDI on a TriCaster 8000 can handle up to 12 network channels in the switcher or any combination of its 8 hardware input sources plus network sources. In addition to matte and fill, you can use NewTek Connect Pro to transport audio over SDI, such as graphics swooshes and other SFX over the network.

Part of this is used in an advanced workflow. Jon usually has the IP stream selected in Net 1, transporting key/fill/audio into the switcher. More complicated traditional productions often need a separate audio mixer and operator. In that case, the audio feed comes through network source, available on the TriCaster UI. The audio operator gets the audio through an AUX TriCaster output with XLR cable into the audio mixer. That becomes an audio source for the mixer operator.

Jon explains, “The audio operator can now leave that audio fader up, and with TriCaster automation, I can create an audio gate with simple macros to mute/unmute that aux source when the CG goes to air, allowing the audience to hear the sound effects of the CG.”

“To do this,” he went on to explain, “just takes some ingenuity. In the network source, there is an automation tab. This allows you to select what state the source needs to be in for the automation to trigger.”

“I select DSK, my CGs always come from the DSKs because of the need for clean feeds. So this setting says when the CG hits program on a DSK a macro will trigger.

With some macros and signal flow understanding you just created a tally gate for your audio mixer. And no extra hardware is involved. You could do the same per graphics source channels for up to 8 audio signals from DDRs, muted and unmuted as needed,” Jon revealed.

Jon uses other macros for almost everything. In the production environment, he needs his DDRs for animation effects, so they come in as video clips with alpha channel. In total, he could have about 2000 team and game-specific animations including opens, bumps, ins, outs, wipes and other VFX, multiplied by 32 teams.

Is Jon’s story applicable to your sports production challenges? “The workflow doesn’t change with the sport,” he said. 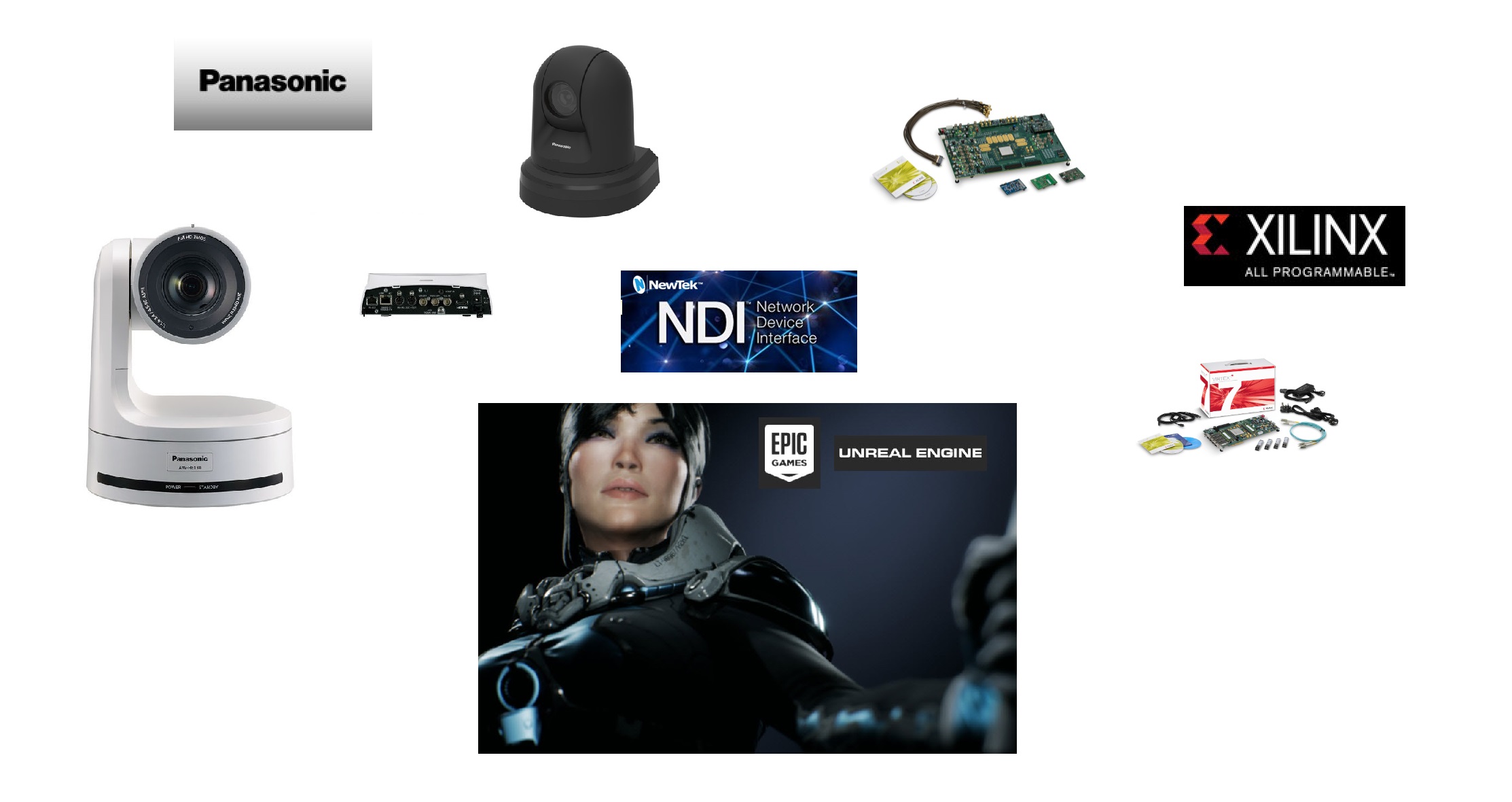 What They Are Saying: Panasonic, Xilinx and Epic Games on NDI® 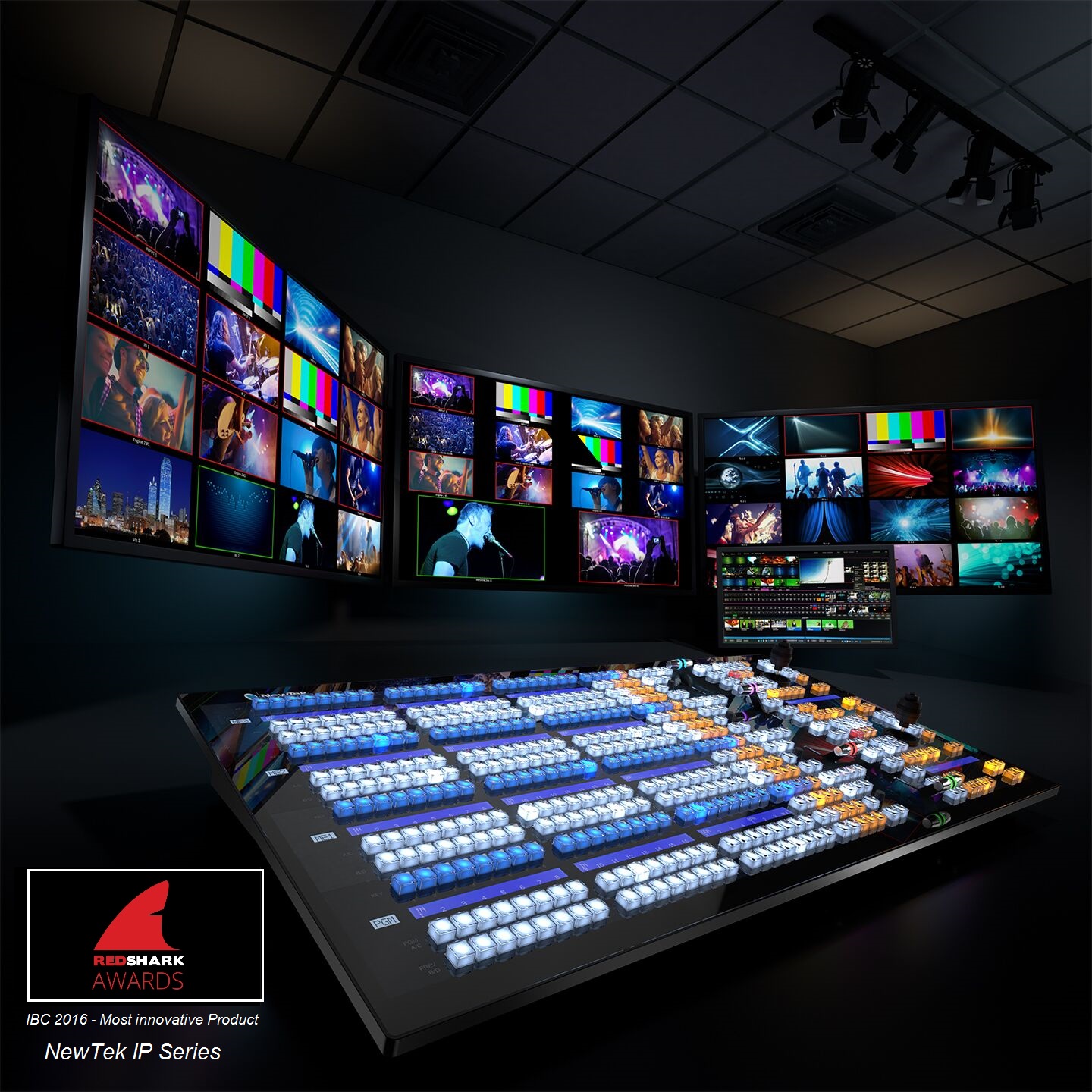