When we work with TriCaster Advanced Edition, we can work with powerful Mix/Effects buses or M/Es, that allow a technical director to assemble a sequence of operations including switching between live inputs, rolling pre-recorded content, engaging LiveSet virtual sets and moving a virtual camera camera within them, and integrating still and motion graphics with all these elements. An aspect of LiveSet technology when used with M/Es in TriCaster Advanced Edition is Augmented Reality, which allows the user to customize a virtual set by attaching graphic elements to it.

Each TriCaster M/E has a number of keyers that are attached to it. As you follow along in the video, you will see that when we bring up an overlay in the M/E 1 keyer, then click through the other M/E buttons on the Program Output bus, that overlay is only happening on M/E 1, it is not showing up on any of the other M/Es.

One of the things you can do with the dedicated keyers inside of an M/E that you can’t do with a downstream keyer is to engage the Augmented Reality function. As described in the graphic at right, you turn on the Augmented Reality option to lock the graphic into the set wherever you place it, then use the Positioner panel to position and size the graphic element in virtual set space until it appears to be on the front of the desk. Once you do that, you can see now that as we zoom in and out, our graphic overlay, in this case an animation, is attached to the set.

Now that we have the graphic locked where we want it, we can put the M/E setup through it’s paces, by snapshotting various camera moves as presets with the comping window.  As we create and then use these presets in the comping window, we can see that the logo is attached to the front of the desk no matter where we move the camera. This greatly enhances your ability to customize your virtual environments for any customer needs.

We hope this video has been helpful to you and if you have suggestions for other topics you would like covered in a two minute tutorial, please send us a message. 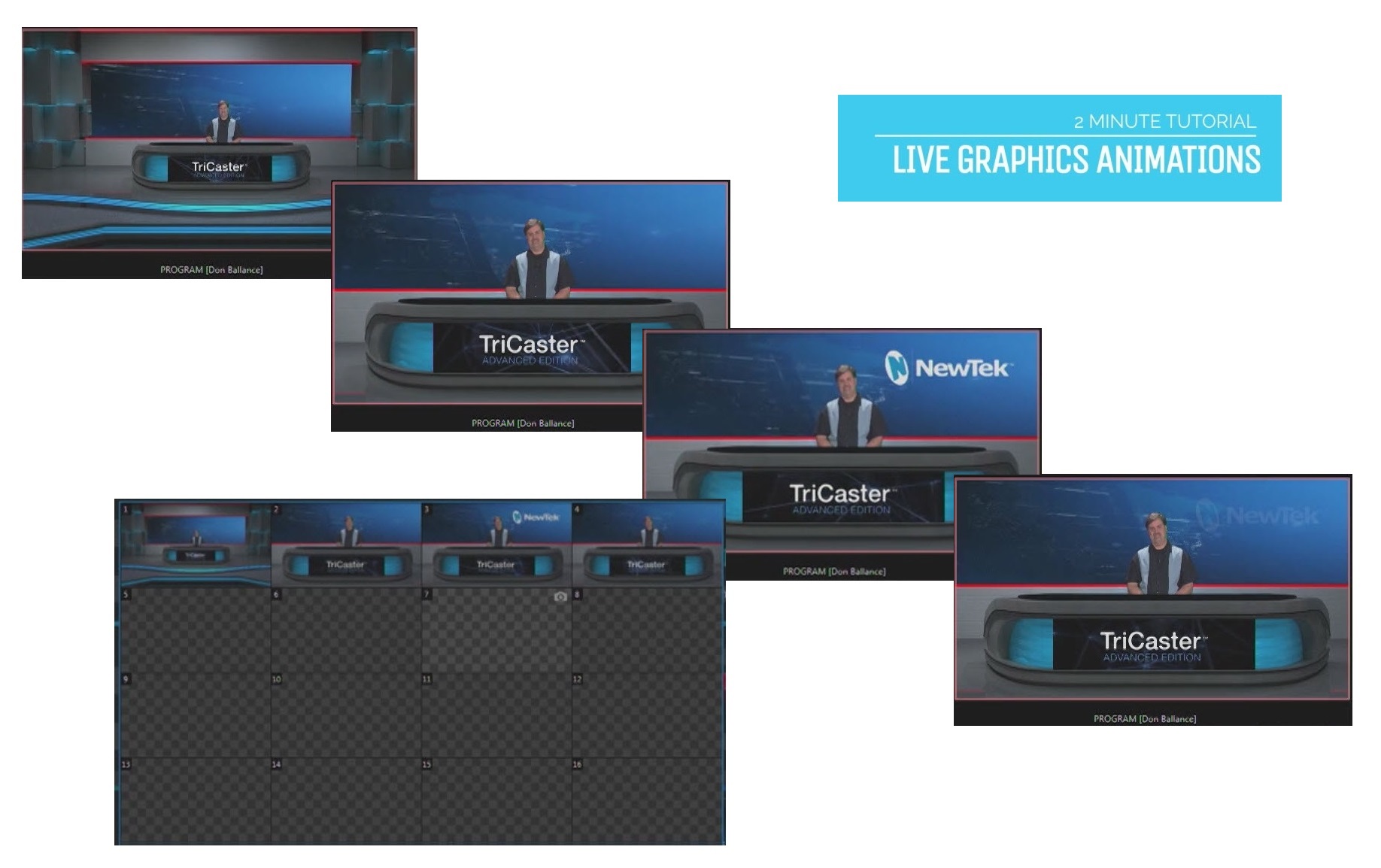 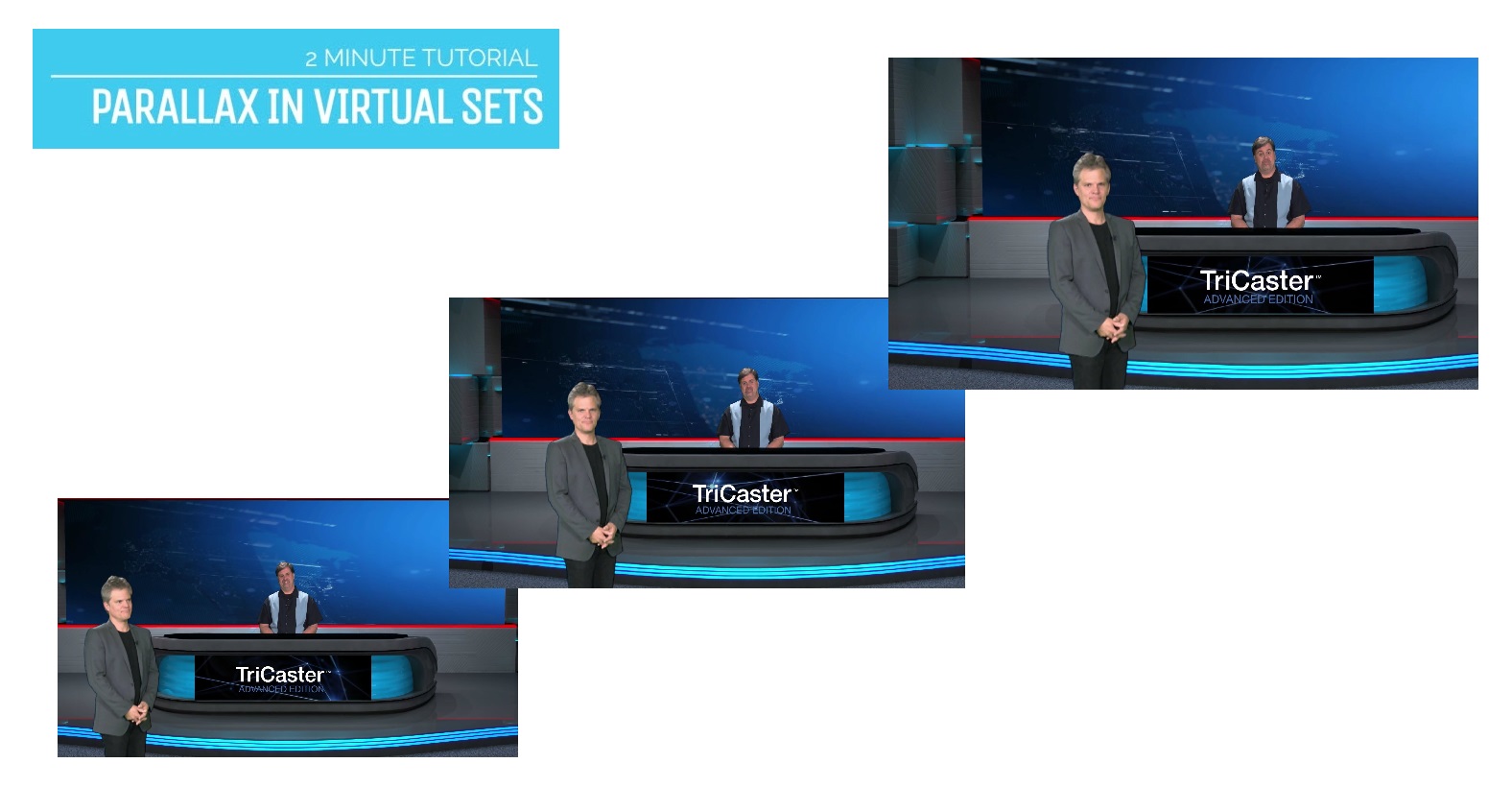