Controlling Other Applications with TriCaster® Macros via NDI®

In this tutorial, our trainers share how to use NDI® to send commands to other applications from a TriCaster® by using its command macro system.

NDI is not just for media transport. The technology also carries metadata and communications. NDI is also bidirectional, sending and receiving from each enabled system or application.

NewTek live production systems include extensive automation capability including a robust library of commands for nearly all functions. This includes the use of NDI to converse with other systems - they can speak and they can listen. Commands can be assembled into scripts, called “macros” and these macros are then used to execute complex sequences of actions with a single keypress on the control surface or keyboard, or with a mouse click in the UI.

With NDI, we aren’t limited to just controlling NewTek production systems or software. We can extend this automation capability to other applications from other vendors that have a command system and support NDI.

In this example, Kane Peterson, NewTek production workflow expert, sends commands to the broadcast graphics application NewBlueFX Titler Live, one of the many applications that has adopted NDI support. NewBlueFX uses NDI to send finished graphics and animations complete with alpha channel to TriCaster or NewTek IP Series for layering with video, so it is a video source. However, NewBlueFX also has implemented the ability to receive the application’s native commands via NDI.

In the image above are snapshots from a sequence of graphics prepared in NewBlueFX Titler Live graphics software for use in the TriCaster. These are: 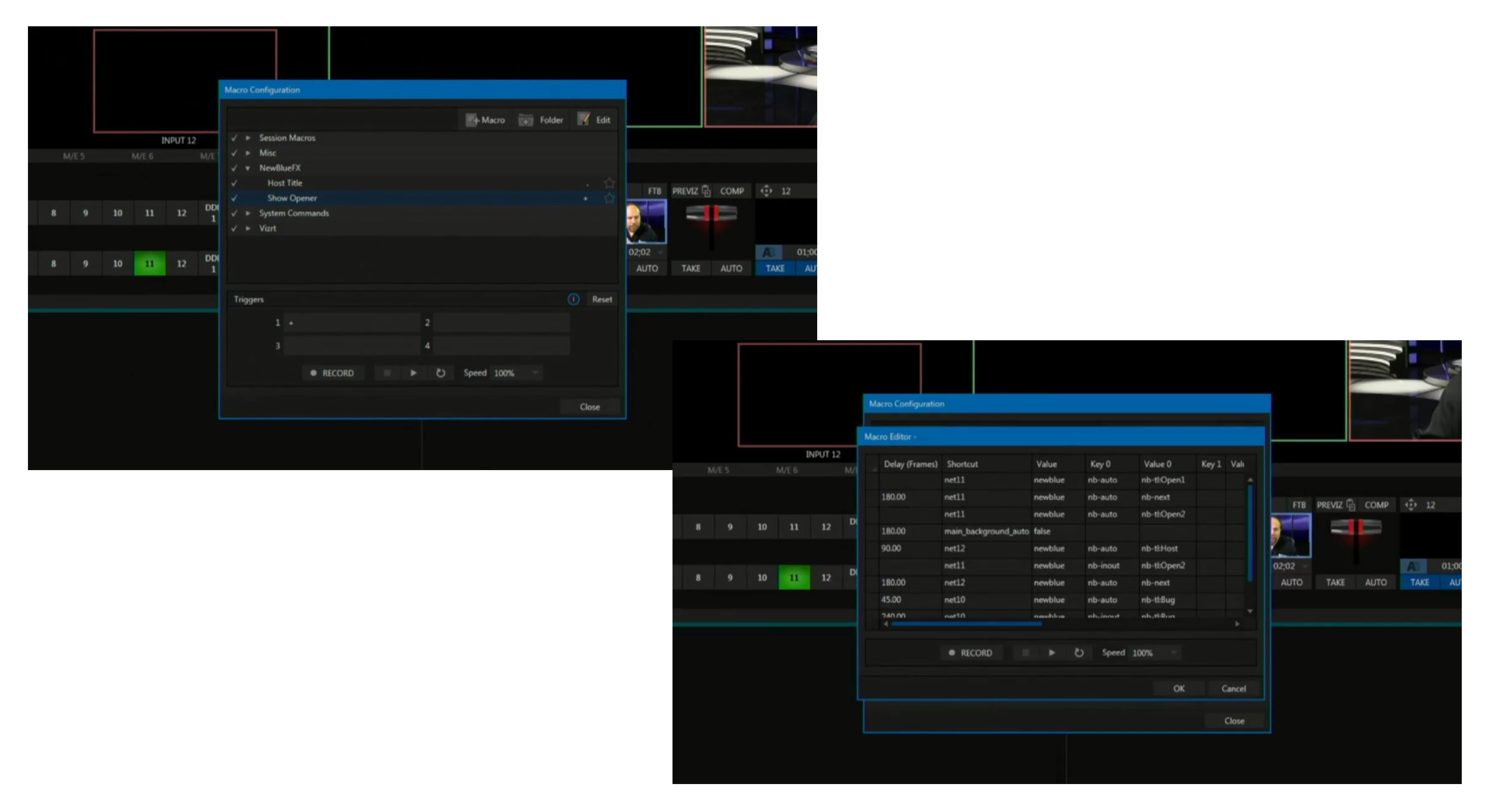 In the image above, upper left we see the Macro Configuration panel open with the macro “Show Opener” highlighted. In the lower right image the Macro Editor is open viewing the Show Opener macro script. The graphic elements created in NewBlueFX are each assigned to TriCaster inputs as NDI network sources, and the TriCaster can send commands by addressing those sources. The two animated titles are on “NET11”, the logo bug is on “NET12” and the lower third graphic identifying the host is on “NET10.”

The sequence of actions coordinates having NewBlueFX Titler Live load and play the prepared graphics in the proper order, and the TriCaster putting those graphics on Program Output in sequence, including transitioning to the live video at the proper time, and keying the lower third and the logo bug over the live video. The ability to script multiple applications and control and coordinate their actions puts a lot of power into the hands of a single operator at production time.

As Kane notes in the video, CharacterWorks and Vizrt also offer professional graphics systems that can be controlled this way, and there are other applications for a variety of production needs that are also ready now for this type of automated production work via NDI. 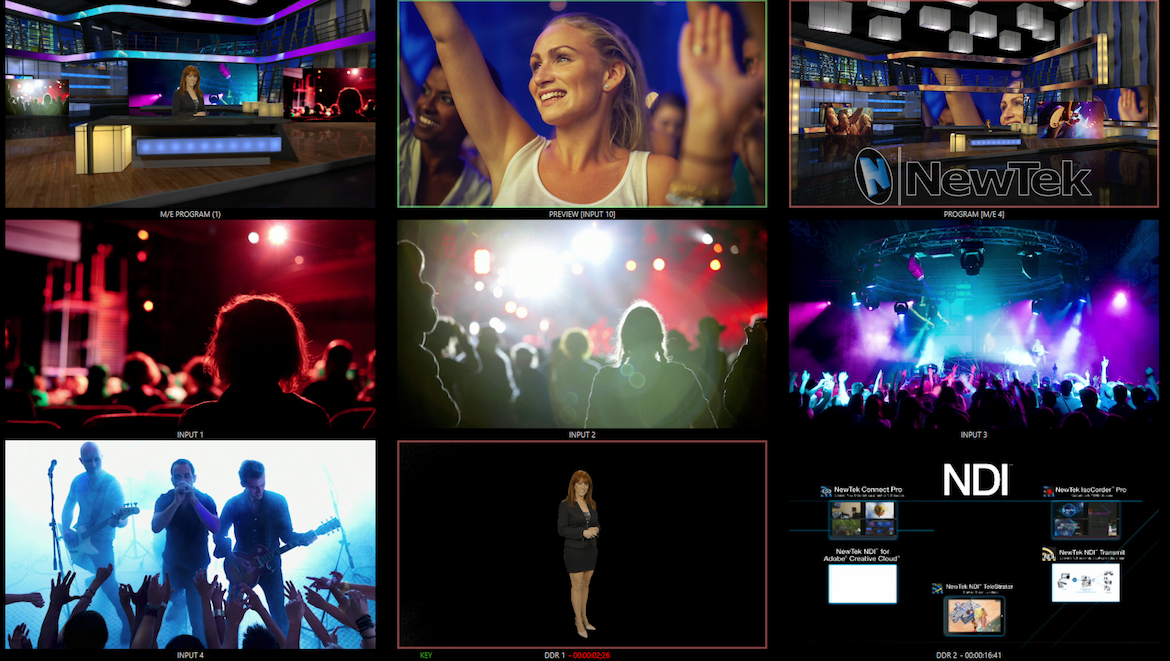