In our own reading about the changes going on in the industry on the growth of IP workflow for video production, we’ve noticed that many publications no longer include the explanations for acronyms and terms that used to be considered a standard practice when publishing articles for an audience that could include all levels of experience in the subject matter.  Yes, you can search for terms easily these days, but in many cases the same acronym can have a lot of meanings in many industries, or, wouldn’t you know, a (pick your genre) rock band or a rap or hip-hop artist has nabbed it for a stage name and that fills the first few pages of a search.  So, for our own convenience and yours, we’ve put together an IP Workflow Glossary.  This will be a work in progress - we’ll add acronyms, terms and definitions related to IP workflow for video production to this article as we encounter them.

Please Note: For the sake of keeping some closely-related acronyms together, the order of terms and acronyms is not strictly alphabetical.  For example, DNS would precede Domain, and mDNS would be some distance further down the listing.  However, DNS in both acronyms is Domain Name System, so we have listed these sequentially as Domain, DNS, mDNS.  So, a term would be put first, followed by acronyms that include the term.

Definitions are to the best of our current knowledge and research, and we welcome input to improve them.  For any questions, requests, corrections or suggestions:

Not registered on the forum?

ASI: Asynchronous Serial Interface.  This is a format for how data is carried, and can be applied to many types of data, and use varying cable types.  Video is among the data types for which ASI is used.   Useful article: Asynchronous Interfaces for Video Servers

ASPEN:  ASPEN, an acronym for Adaptive Sample Picture ENcapsulation, is a transport format for sending uncompressed video over IP networks. The protocol was proposed by Evertz, which founded the ASPEN Community, a coalition to promote a set of standards for IP workflow.  When SMPTE 2110 received wide acceptance as a future standard, Evertz announced that ASPEN would not be marketed beyond the introduction of 2110.

Cache:  Cache refers to a reserved section of computer memory or an independent high-speed storage device used to accelerate access and retrieval of commonly used data.

Codec: contraction from COder/DECoder (or sometimes attributed as COmpress/DECompress), a codec is a software tool engaging a specific file format algorithm for encoding a type of media data for storage on computer, and decoding it for display, for example JPEG for encoding images as digital data, or MPEG for encoding video and audio as digital data. The many different codecs available may or may not include compressing the data.

Domain:  A domain refers to a LAN (see below) subnetwork of users, systems, devices and servers. Domain can also refer to the IP address of a website on the Internet.

DNS:  DNS (Domain Name System) is a system used by the Internet and private networks to translate domain names into IP addresses.

mDNS:  mDNS (Multicast DNS) refers to the use of IP multicast with DNS to translate domain names into IP addresses and provide service discovery in a network that does not have access to a DNS server.

Ethernet:  Ethernet, standardized as IEEE 802.3, refers to a series of LAN (Local Area Network) technologies used to connect computers and other devices to a home or business network. Ethernet is a physical and data link layer networking protocol that supports data transfer rates starting at 10 Mbps, typically over twisted pair cabling, but also fiber optic and coaxial cabling.

GOP Structure: Group of Pictures Structure, a term used to describe how frames are used in a video codec, based on three frame types: intraframes (also called I-frames), bidirectional frames (B-Frames) and predictive frames (P-Frames); if all 3 frame types are used by a codec, this is called a long-GOP structure format. The alternative to long-GOP is I-Frame only encoding.

HDR: High Dynamic Range. Video encoded so as to allow a nearly unrestricted range of brightness levels and color levels, which can require high bandwidth to transport over IP.  The data can be complex not simply because of large overall range, but because that range can be infinitely divided for extreme precision.

IPv4:  IPv4 (Internet Protocol Version 4) is the fourth and most commonly used version of the Internet Protocol. IPv4 uses a 32-bit IP address scheme for network identification and communication, with each unique IP address expressed as four numbers (between 0 and 255) separated by decimal points.

IGMP: IGMP (Internet Group Management Protocol) is the protocol used in IP multicasting that allows a host to report its multicast group membership to networked routers in order to receive data, messages, or content addressed to the designated multicast group.

Broadcast: Borrowed from television technology, where examples include both transmission over the air and via cable distribution where data (or signal) is sent from one source to all destinations. For IP, this is not literally implemented, however, but rather a protocol such as unicast or multicast is used.

Multicast: Sending data from one source to multiple destinations that have requested the data. This is also applied when multiple nodes on a network both send and receive data from one another. Multicast is aided by the ability of multicast-enabled routers and switches to handle duplicating the data from the source so that the source supplies the data once, and the router/switch duplicates and sends to each destination. This reduces the bandwidth burden on the source, and on the network from source to router/switch. 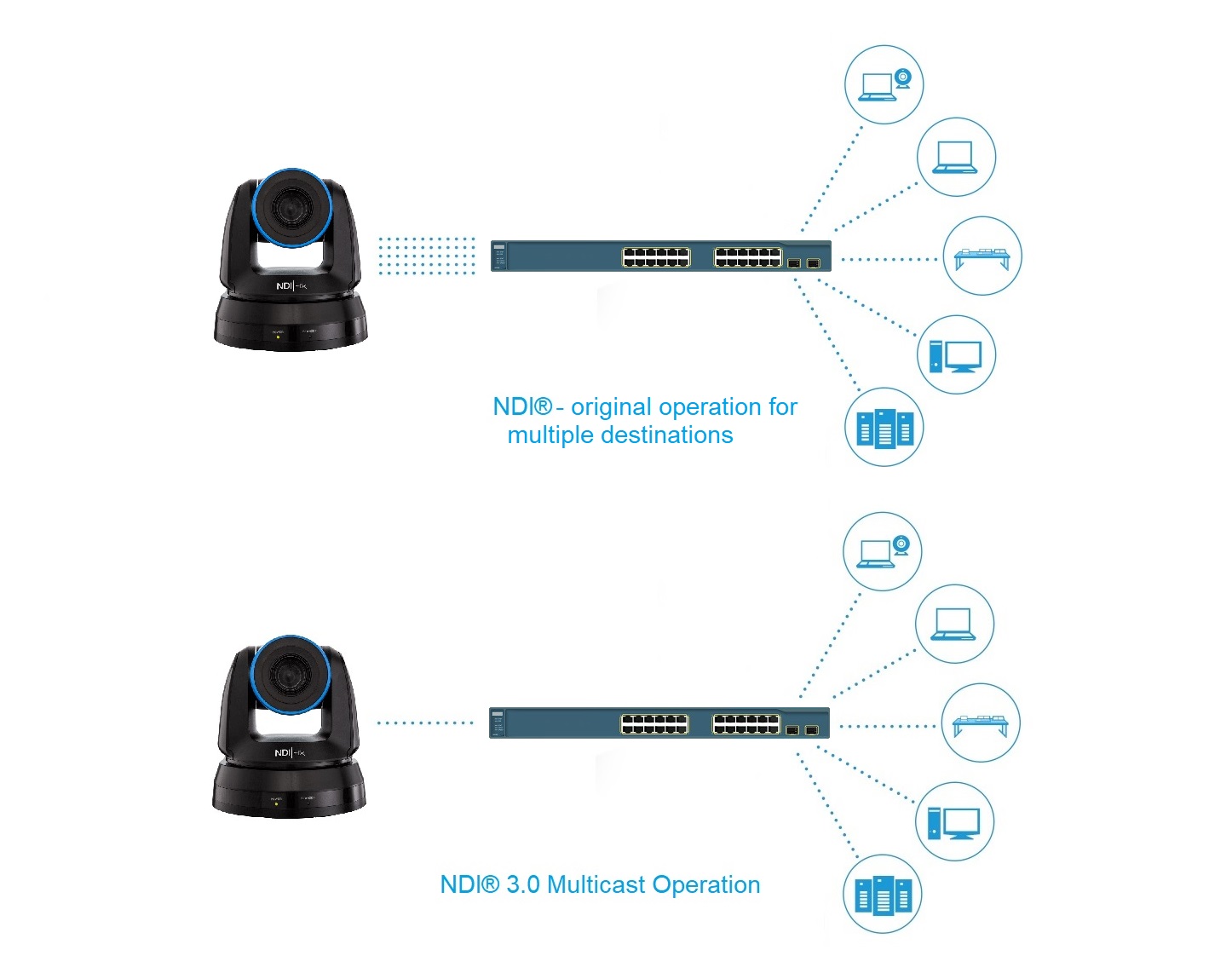 “ISOBMFF and TS”: ISO Base Media File Format and MPEG-2 Transport Stream, a means to encode and transport video and audio where ISOBMFF is the basis format, and the ISOBMFF-encoded media is then encoded again and transported as an MPEG-2 stream.  Essentially, wrap ISOBMFF content as an MPEG-2 stream for transport across systems that understand and accurately convey MPEG-2.

JPEG: Joint Photographic Experts Group, the committee of the International Organization for Standardization (ISO) and International Electrotechnical Commission (IEC) that, in collaboration with the International Telecommunication Union (ITU), sets technical standards for still image processing and handling. The acronym or a shortened version is also used in the names of the file formats defined by this committee, and as file extension names, for example JPEG file types use the extensions .jpg or .jpeg.

LAN:  LAN (Local Area Network) is a network that connects computers and devices in a room, building, or group of buildings. LANs are typically deployed in homes, offices, and schools, where users share access to the same server, resources, and data storage. A system of LANs can also be connected to form a WAN (Wide Area Network).

Mbps:  Mbps (Megabits per second) is a unit of measurement for data transfer speed, with one megabit equal to one million bits. Network transmissions are commonly measured in Mbps.

MPEG: Moving Picture Experts Group, the committee of the International Standardization Organization (ISO) and International Electrotechnical Commission (IEC) that sets technical standards for digital processing and handling of video, audio and combination files.  The acronym or a shortened version is also used in the names of the file formats defined by this committee, and as file extension names, for example MPEG-4 file types use the extension .mp4.

NDI®: NDI (Network Device Interface™) is a royalty free protocol developed by NewTek for IP transmission of video, audio and data for live production using standard LAN networking. NDI allows networked video systems to identify and communicate with each other over IP and encode, transmit, and receive multiple streams of broadcast-quality, low-latency, frame-accurate video and audio in real time. Format, resolution and color depth are all independent meaning that any current video standard (SD, HD, UHD, HDR) and future standards (8K) plus custom resolutions can be handled. Devices that offer control capability also identify themselves, for example NDI-enabled PTZ cameras. NDI is by far the leading IP technology for video production, now in hundreds of products in the hands of millions of users.

Layer 3:  Layer 3 refers to the third layer, or Network layer, of the OSI networking model. A layer 3 switch uses hardware-based switching to transmit data between connected devices based on their IP (Internet Protocol) addresses. A layer 3 switch can support packet inspection and routing protocols to prioritize and forward traffic.

OVP: Online Video Platform, a provider of services where clients can upload, share and consume video content; YouTube, Apple iTunes, and many others.  The services often handle transcoding the content to a variety of formats and bandwidths, simplifying the task of making content available across a range of devices for publishers.

Packet (Frame):  A packet, also known as a frame or datagram, is a unit of data transmitted over a packet-switched network, such as a LAN, WAN, or the Internet.

Port:  A port is a communications channel for data transmission to and from a computer on a network.  Each port is identified by a 16-bit number between 0 and 65535, with each process, application, or service using a specific port (or multiple ports) for data transmission.  Port can also refer to a hardware socket used to physically connect a device or device cable to your computer or network.

QoS: Qos (Quality of Service) is the measure of performance for system or network, with considerations that include availability, bandwidth, latency, and reliability. QoS can also refer to the prioritization of network traffic to ensure a minimum or required level of service, predictability, and/or control.

SMPTE 2022-6: The portion of SMPTE 2022 that defines the wrapping of SDI signal formats for transport over IP. Signals are not broken out into elementary (or “essence”) streams such as audio, video and data, but rather the uncompressed SDI signal just as would be carried by a baseband cable is mapped to IP.

Subnet:  Subnet (short for subnetwork) refers to a distinct subdivision of an IP network, usually created for performance or security purposes. Subnets typically include the computers, systems, and devices in one location, office, or building, with all nodes sharing the same IP address prefix.

TCP:  TCP (Transmission Control Protocol) is a network communications protocol, which enables two host systems to establish a connection and exchange data packets, and ensures data is delivered, intact, to the correct destination. TCP is typically grouped with IP (Internet Protocol) and known collectively as TCP/IP.

UDP:  UDP (User Datagram Protocol) is an alternative protocol to TCP that is used when reliable delivery of data packets in not required. UDP is typically used for applications where timeliness is of higher priority than accuracy, such as streaming media, teleconferencing, and voice over IP (VoIP).

VOD: Video On Demand, a service that allows the customer to select from available videos and play one on demand. Cable channels and providers, as well as internet streaming services, typically offer VOD.

WAN:  WAN (Wide Area Network) is a network that spans a relatively broad geographical area, such as a state, region, or nation. WANs typically connect multiple smaller networks, such as LANs (Local Area Network) and MANs (Metropolitan Area Network). The Internet is an example of a WAN. 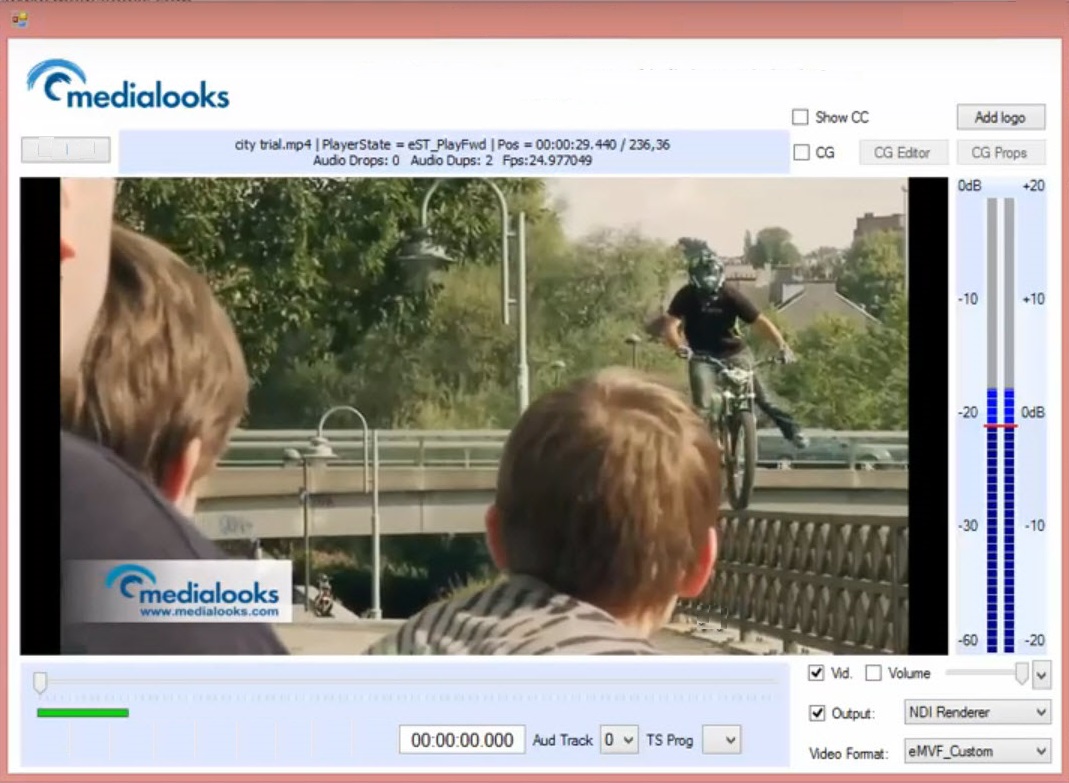 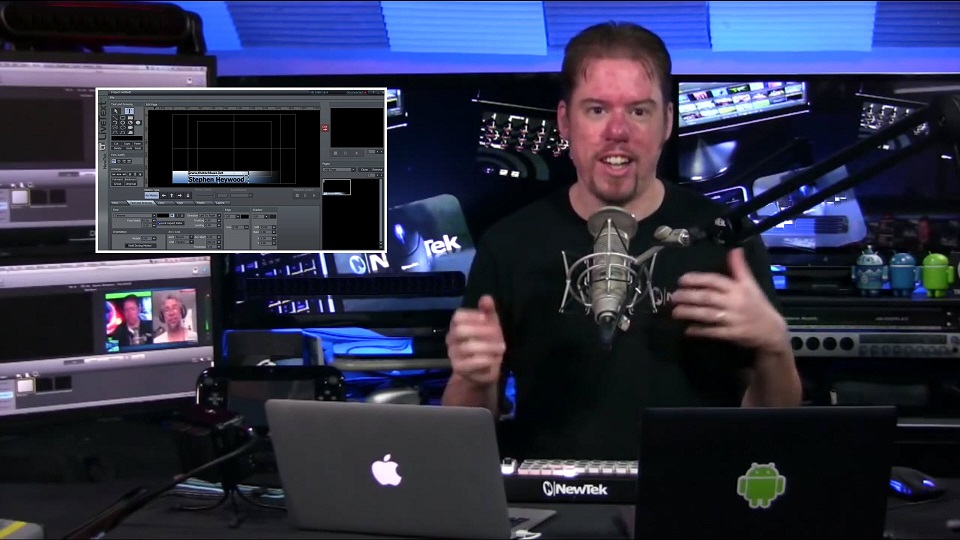 Quick "Getting Started" with LiveText